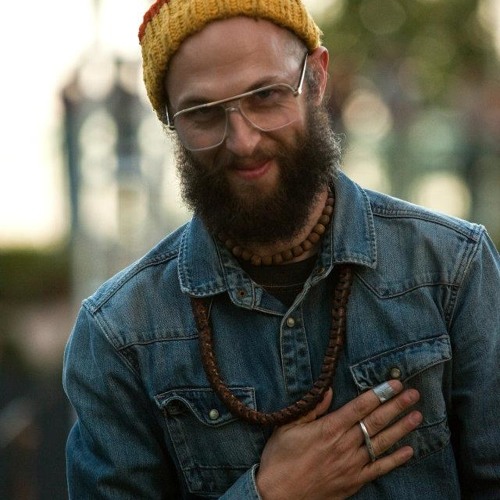 Jeremy Sole is on a mission to show how music is a singular universal language,and that each culture’s rhythmsand melodies are no more than slang–different accents of the same mother tongue. His DJ sets, remixesand original compositions juxtapose world soundsand experimental beats into a sonic ritual – a celebration of life out loud.

As a teenager, Chicago-born Jeremy Sole’s loft parties were a culture clash of creative urban youth. Jeremy’s upbringing was seeped in the rich Chicago history of Blues, Jazz, Discoand Funk –and he reveled in that sacred space where they all blend together. He matured as a turntablist in Jazz, Dub,and experimental hybrid bands. Meanwhile his obsession grew to include music from every corner of the world. In 2001 Sole moved to Los Angeles,and with his broad musical palette, felt right at home in the spiciest melting pot in the country.

As Co-Founderand resident deejay of “AFRO FUNKÉ”, Soleand his partners have drawn a loyal crowd every week for the past 9 years. This is his arena for Afrobeat, Latin, Brazilian, Indian, Jamaicanand other authenticand remixed world rhythms. Hundreds of international guests have joined them, from deejays Chebi Sabbahand Cut Chemist to impromptu jam sessions with Zap Mamaand Stevie Wonder.

Collaborating with Eric “Wiseacre” Tucker, Sole returns to his underground roots with “theLIFT” – roaming monthly, all-night warehouse events with heavyweights like Bonobo, Nickodemusand King Britt gracing their stages. What started at his small downtown loft, grew to well over 1,500 people by their one-year anniversary. Since then, theLIFT has taken place in Miami, NYC, Palm Springs, Portugal, London,and San Francisco.

Jeremy has had the honor of sharing the stageand the studio with hundreds of his creative inspirations, including Roy Ayers, Ben Harper, Tony Allen, Stevie Wonder, Seu Jorge, Fat Freddy’s Drop, Parliament, Lee Scratch Perry,and Quantic. Gilles Peterson (BBC Radio1), widely known as the most influential tastemaker of our generation, listed Sole as “#2 DJ OF THE YEAR 2011” at Peterson’s prestigious “Worldwide Awards”. Sole’s DJ performance at Coachella 2012 played a large part in further embedding his name as a pioneer in the burgeoning “Global Bass” scene. Sole was the last DJ to open for Ray Charles, deejayed for Sly Stone’s birthday party,and had the distinct honor of mixing at the California Democratic Party’s Election Night Celebration – playing for over 10,000 people at the exact moment when Barack Obama officially became the 44th President.

Sole spent most of 2006 in the studio producing with Ms. Lauryn Hill. After hearing him mix, she asked if he had ever considered getting into radio, “because this is the music the people need to hear”. A few months later, KCRW called to ask him that exact same question,and he agreed to join the ranks of what New York Times dubbed the “most influential radio station in the country,”. You can tune into Sole every Wednesday at midnight in Los Angeles on 89.9 KCRW (or worldwide, streamingand archived at www.kcrw.com/jeremysole).

In Sole’s most ambitious project to date, he enlisted some of LA’s most sought-after musicians to birth an organic, turntable-led, 9-piece ensemble featuring steel drums, a 4-piece horn section, violinistand more. This massive undertaking he calls “MUSAICS”, a musical mosaic of many genres interlaced into a spiritual dancefloor ritual. Their debut concert was held at the renowned Getty Museum,and a live album has been recorded to crystalize the improvisational style they embody. More on that in the days to come…